West Vancouver has some of the best architecture in British Columbia, with its exquisite West Coast Style and luxurious amenities.

Why You’ll Love Living in a West Vancouver Luxury Home

See how Real Estate in West Vancouver is performing

Browse the available properties in the area below. 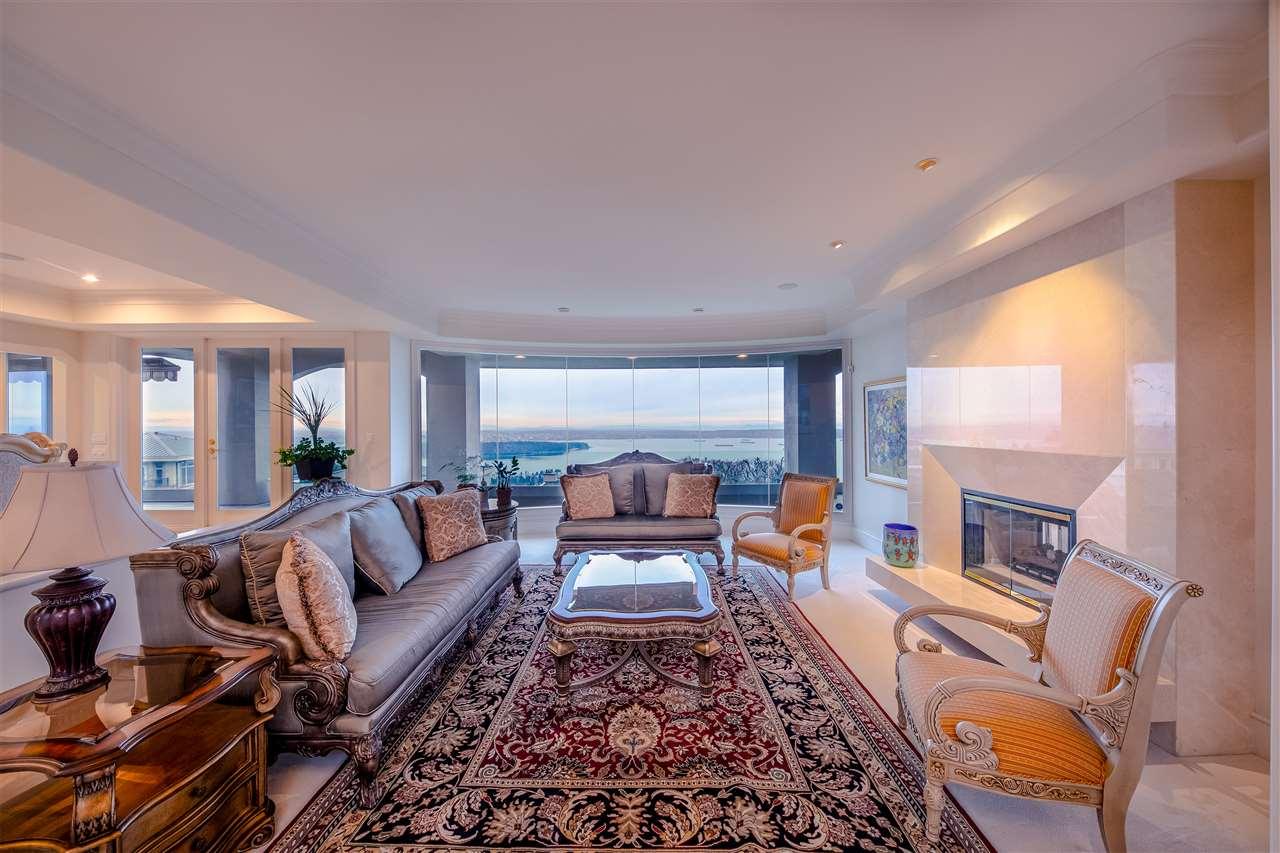 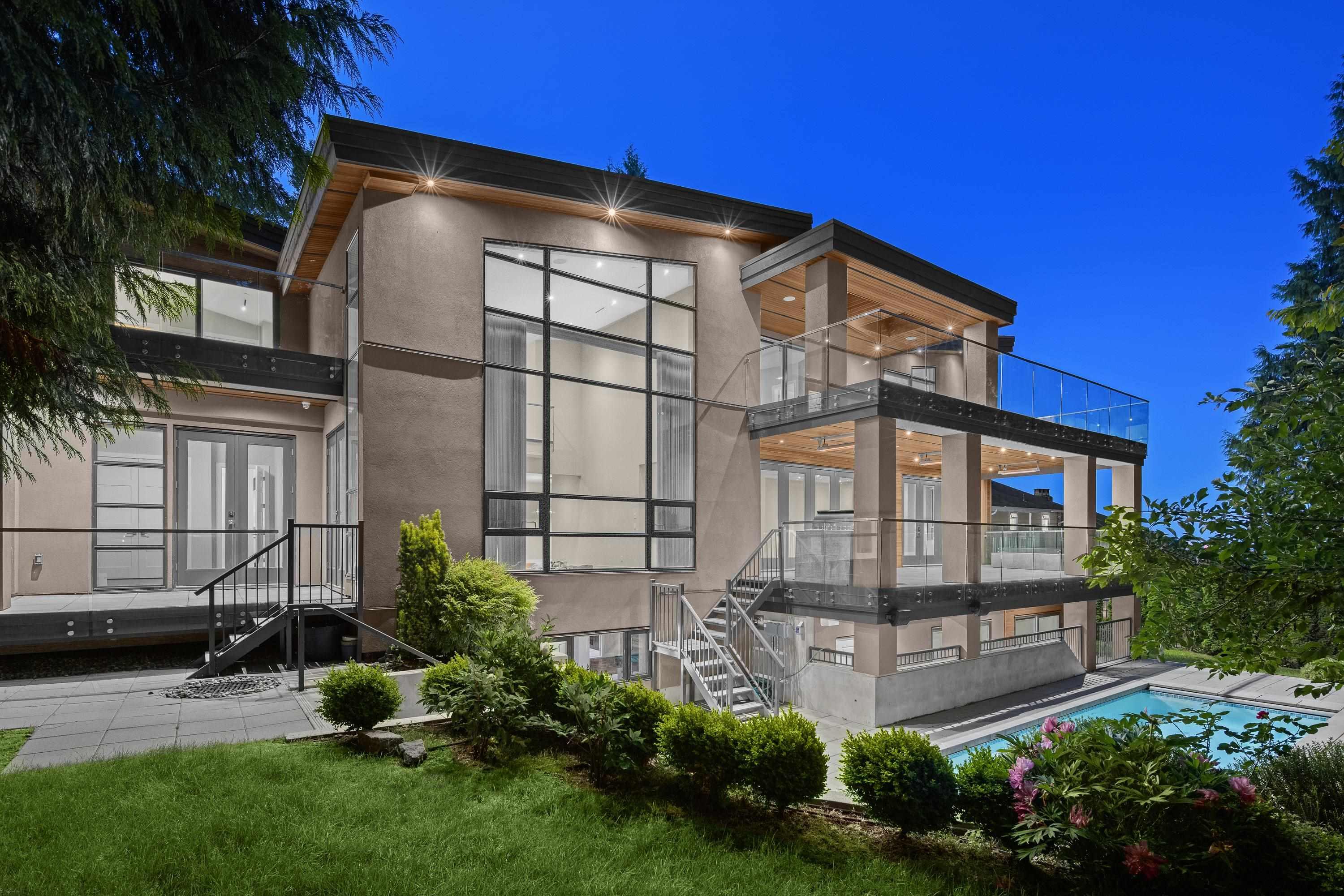 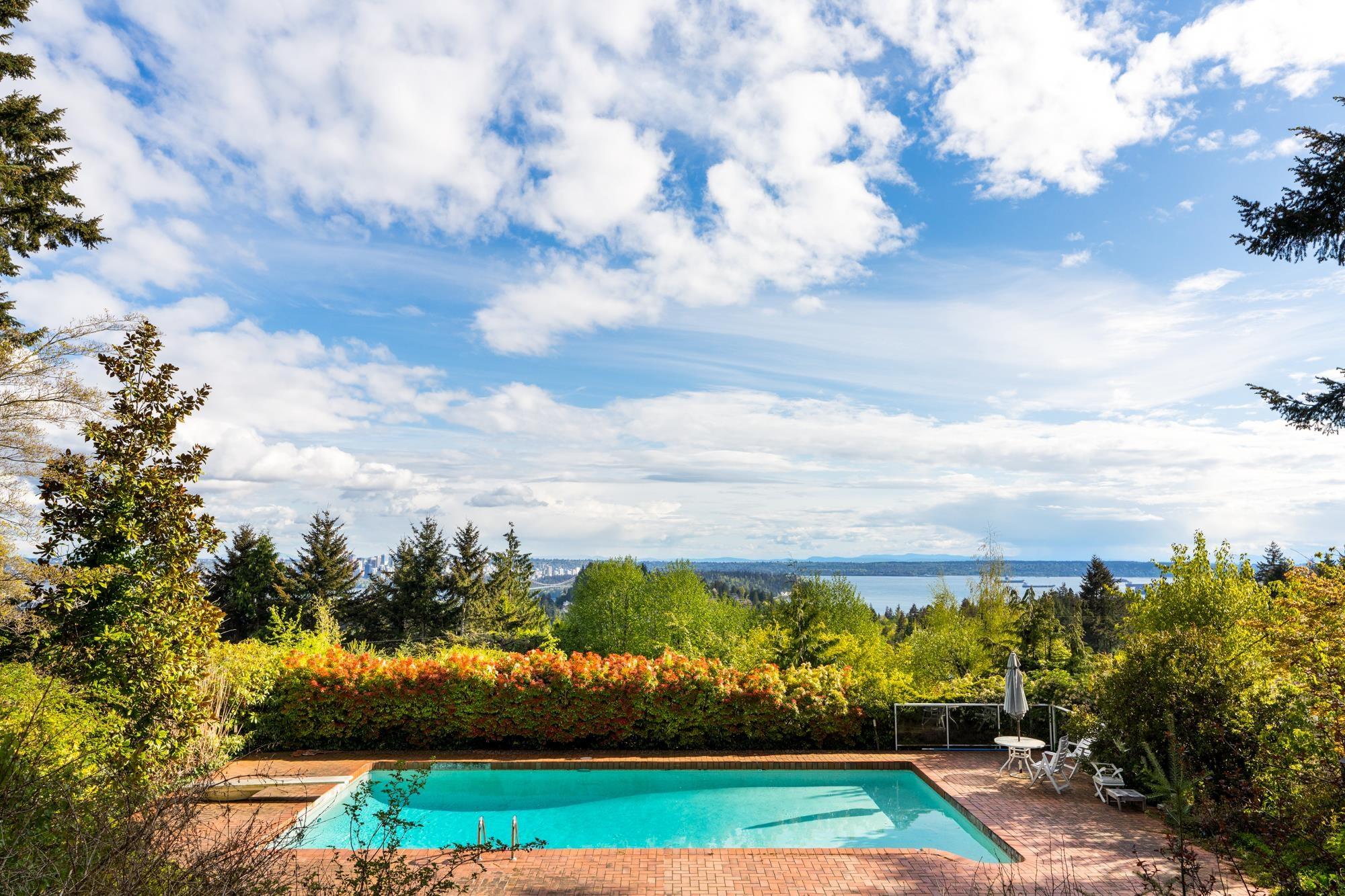 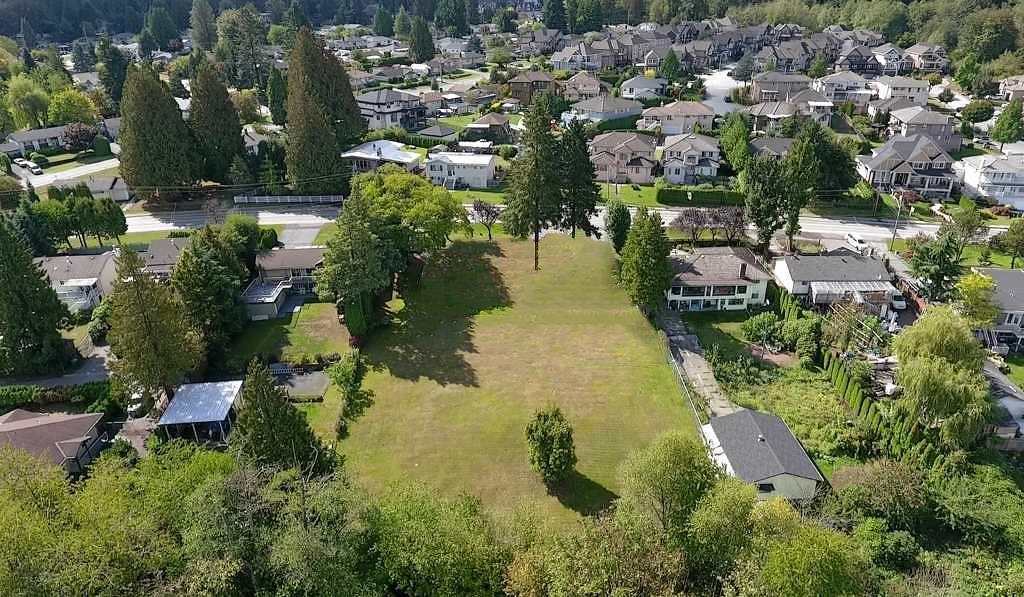 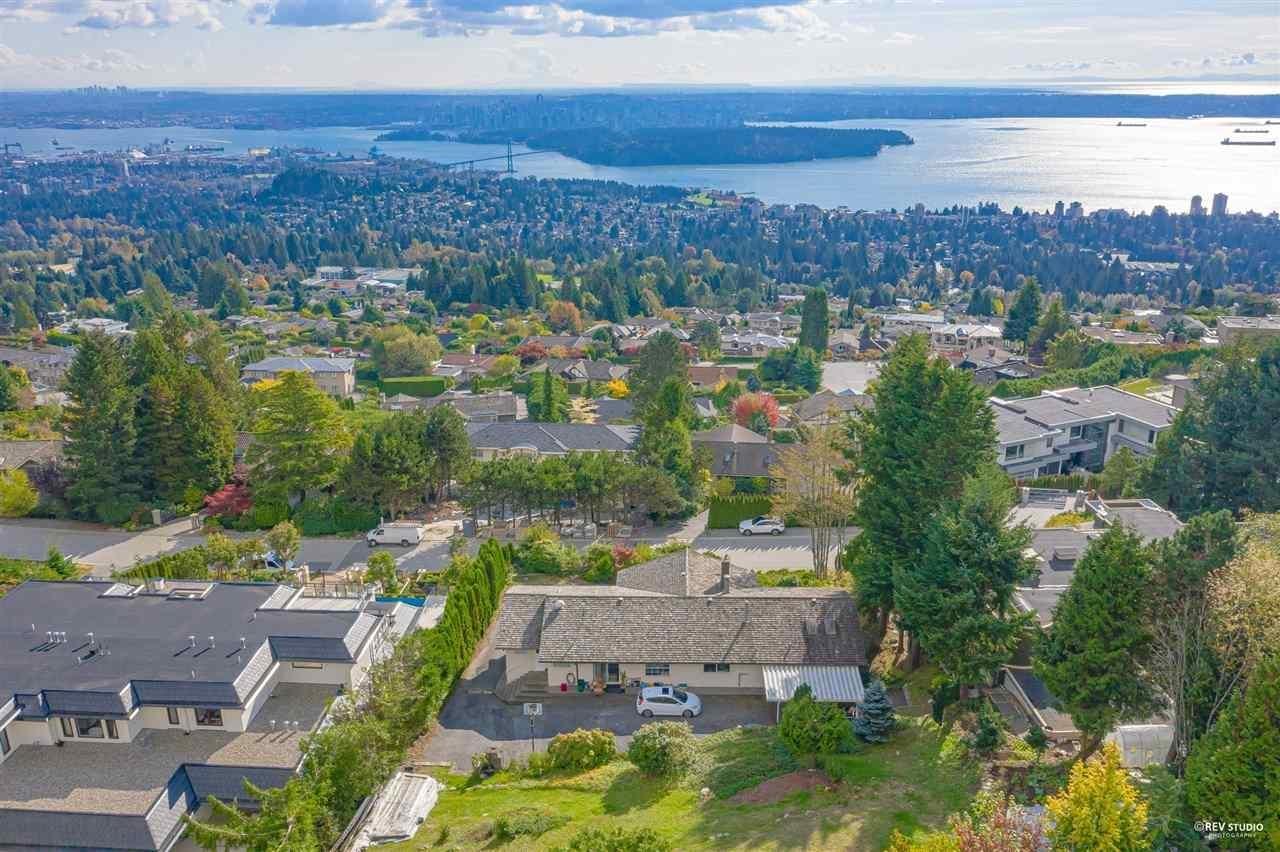 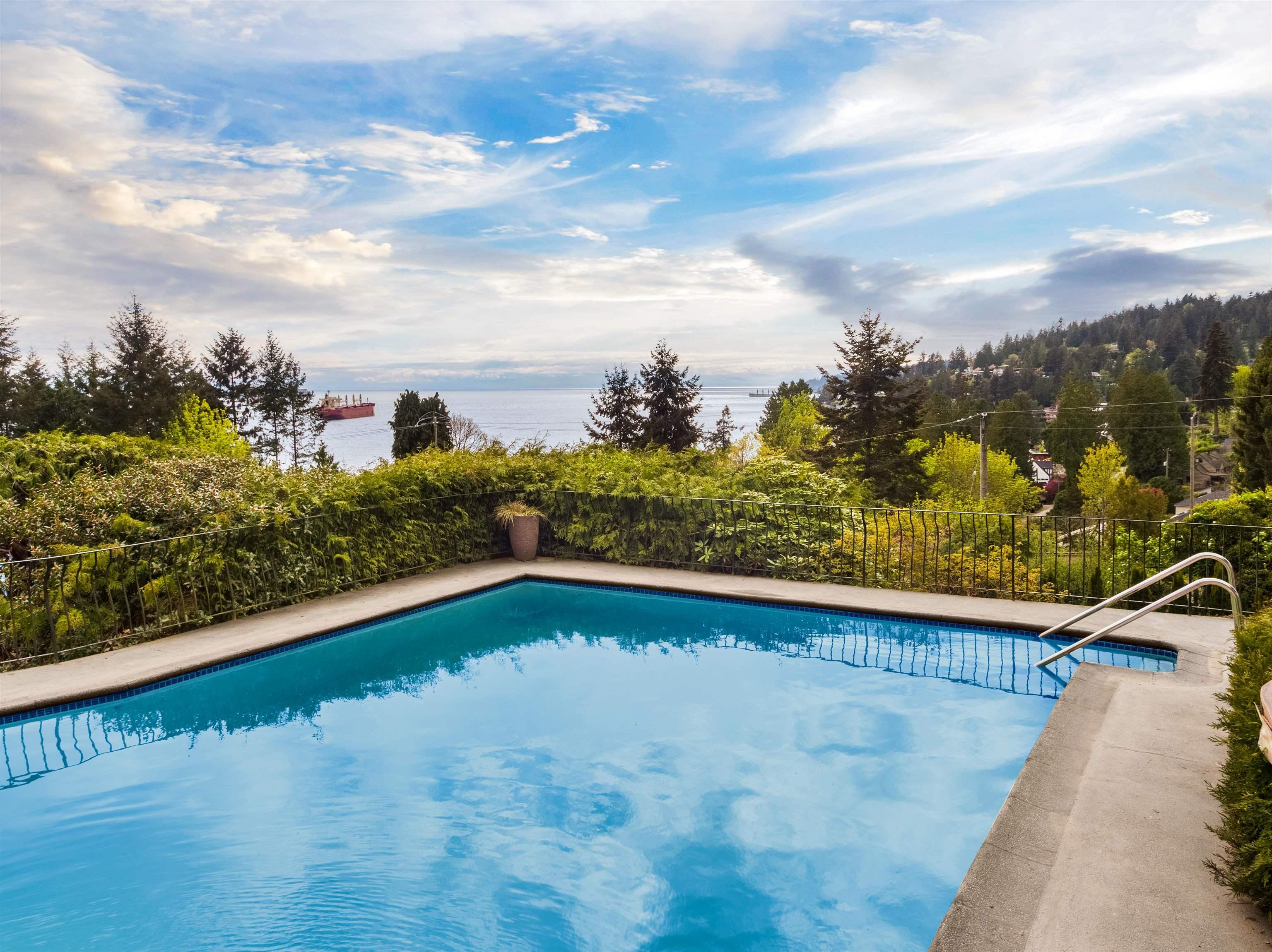 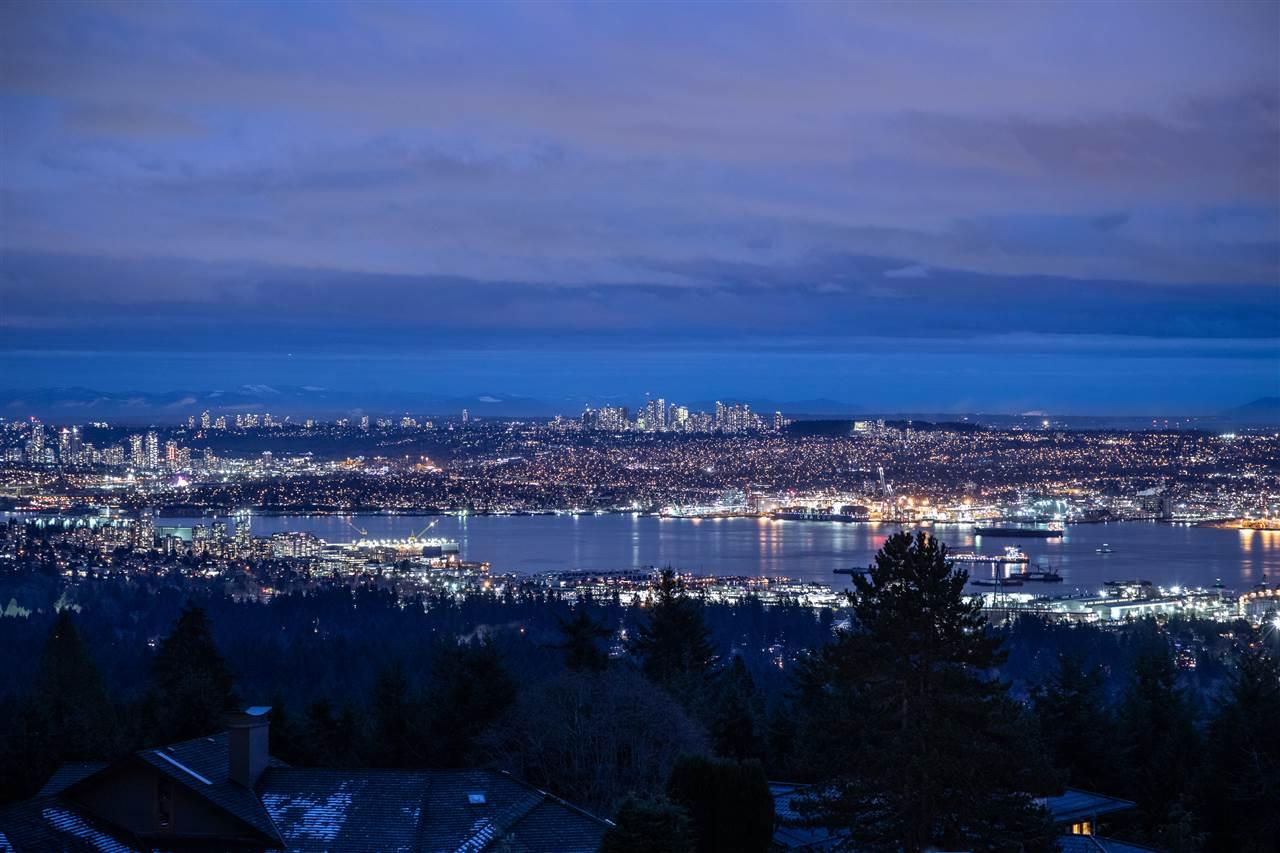 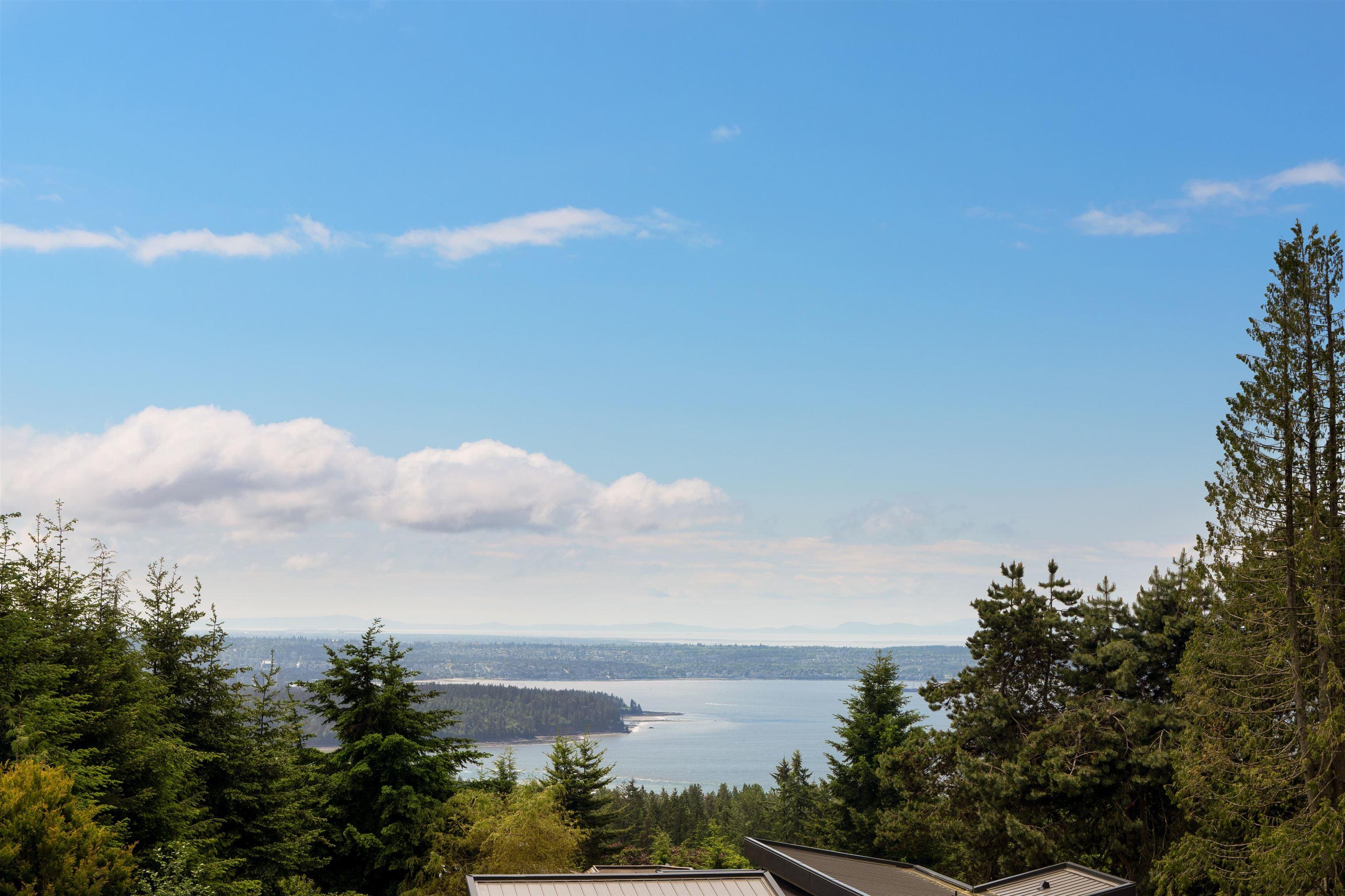 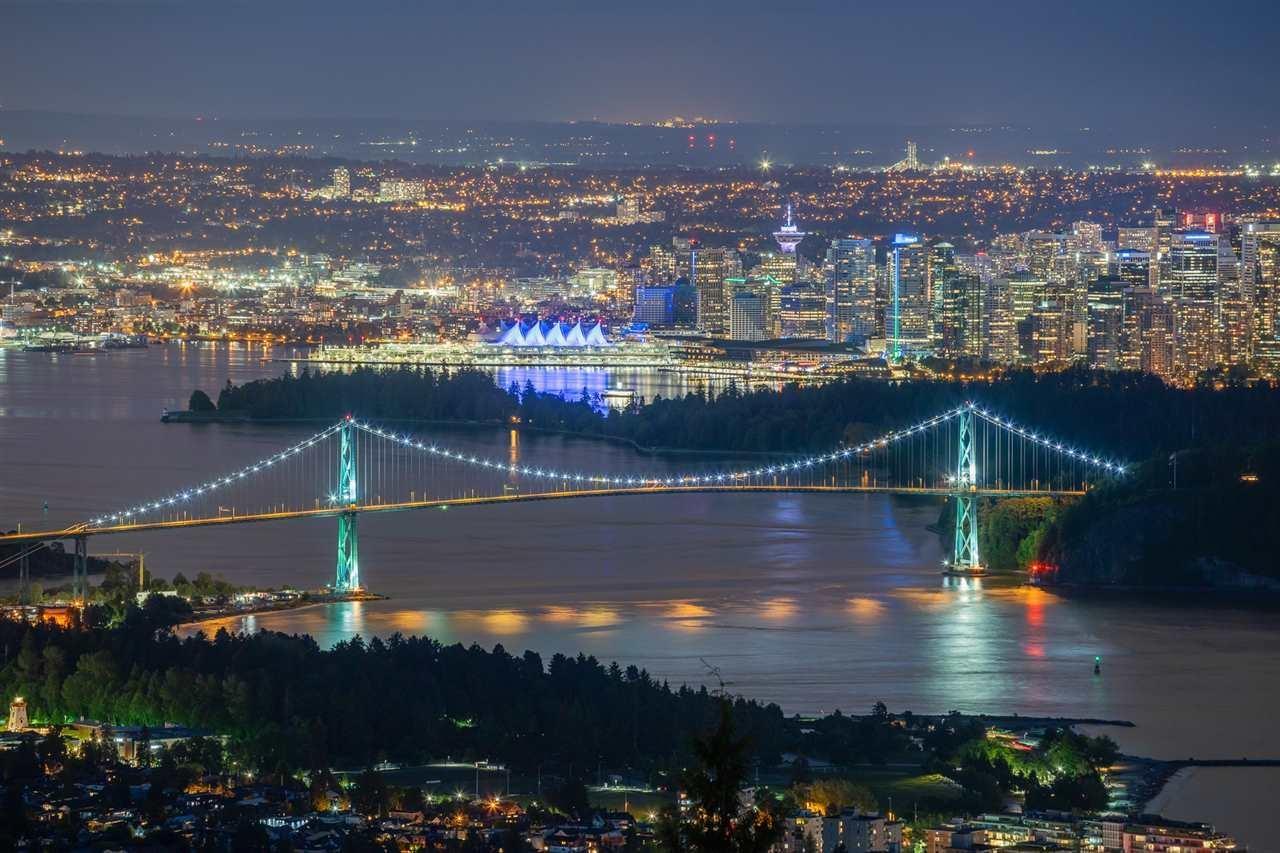 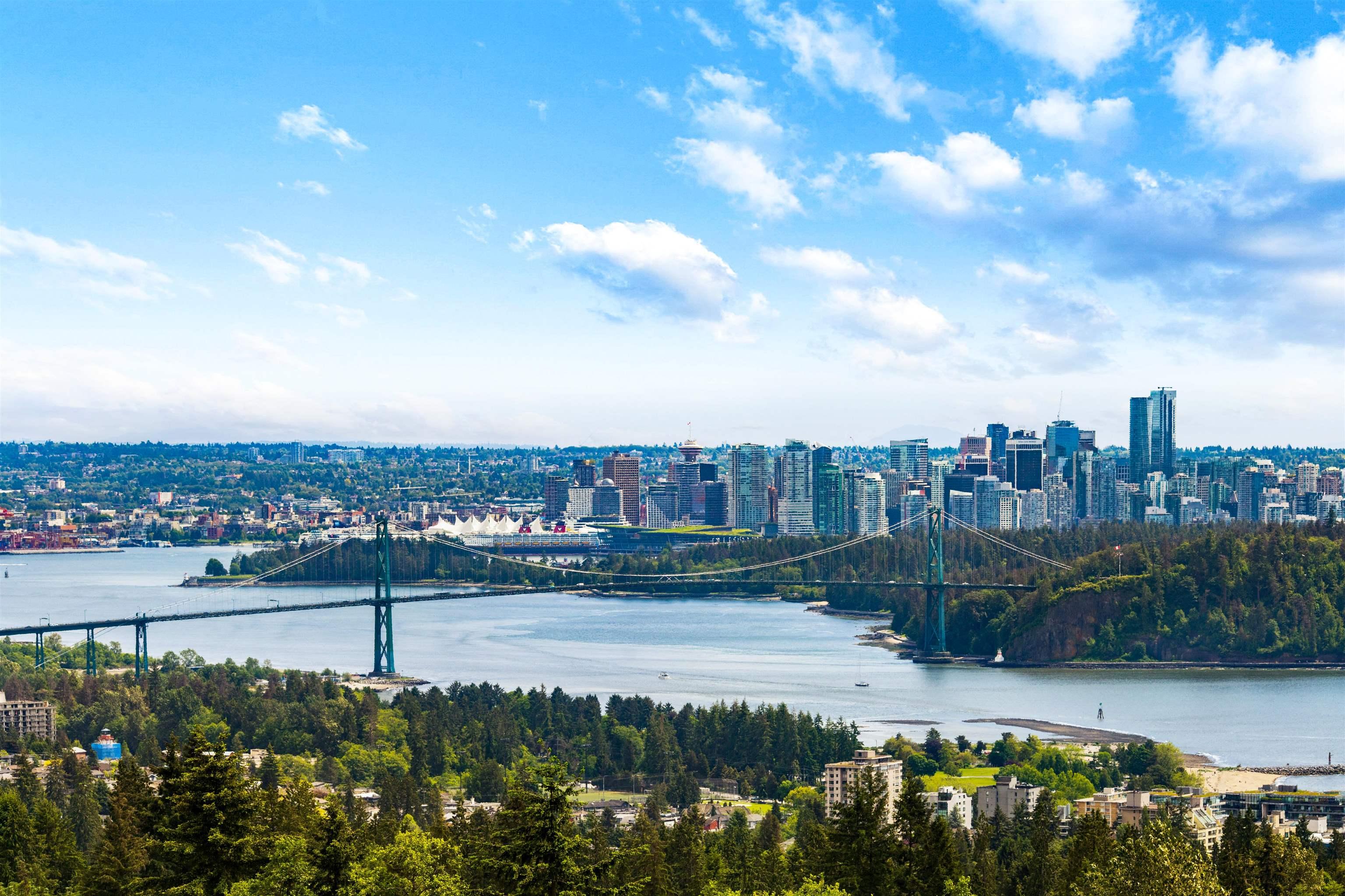 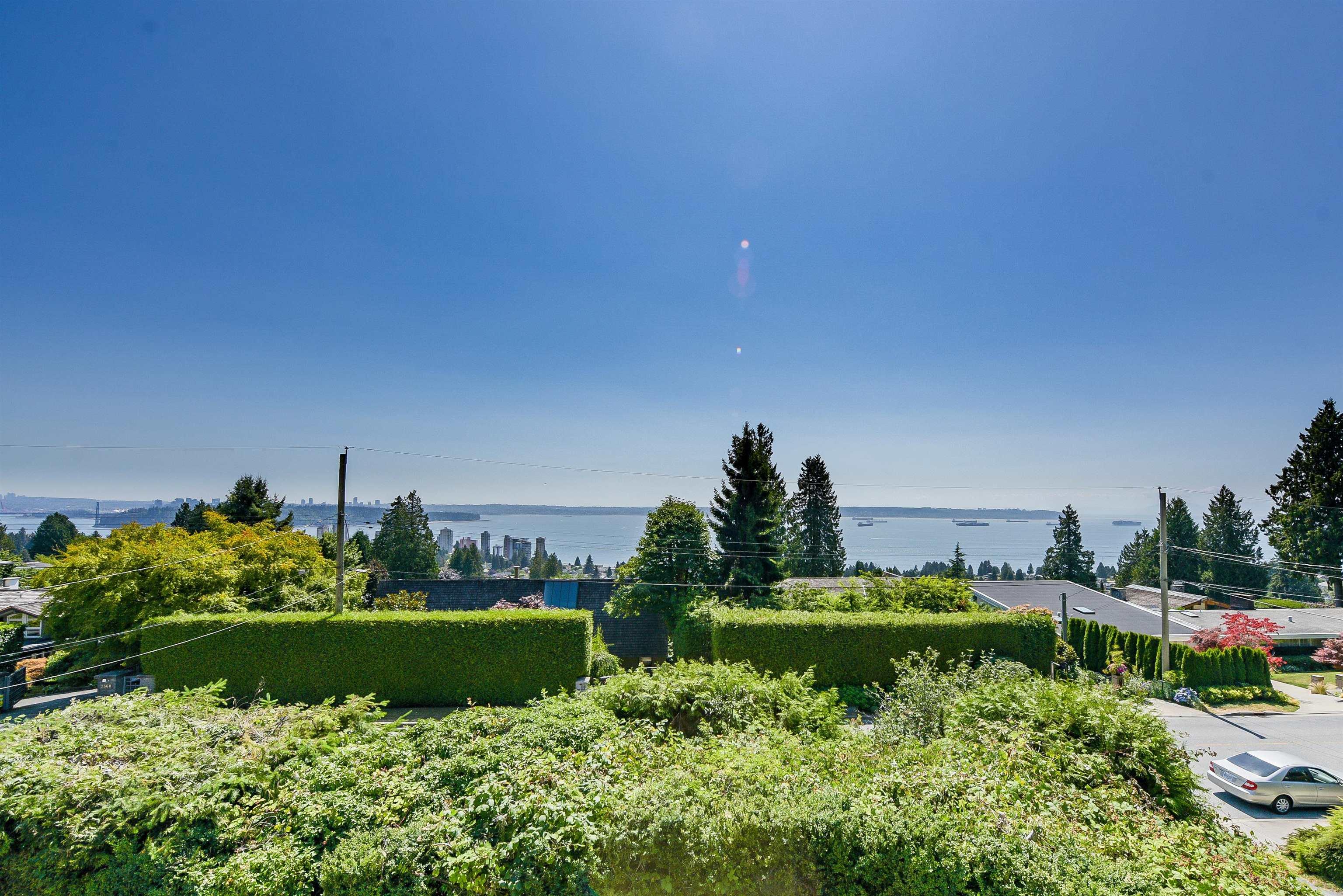 West Vancouver is considered one of the top best places to live in Canada. It is costly to live in, so it attracts affluent buyers and sellers, particularly those living in a luxurious and exclusive district. The average cost of a home in West Vancouver costs between CAD$1 and $2 million.

It's not just the luxurious homes and amenities that appeal to residents. Still, West Vancouver has a low unemployment rate, a high quality of life, and generally receives high safety ratings. These attributes combine to make living here a genuinely idyllic experience, and it doesn't hurt the surroundings are breathtakingly beautiful with the beach, forested mountains, and the temperate climate.

The most elite individuals of the Metro area live here with an average income, some of the highest in West Canada. Because of the paradise-like conditions, it's not too surprising that it's so exclusive and expensive to live here. The good thing about West Vancouver is that even though the homes are famously expensive, you get more for your money than in other places in Vancouver. The lots tend to be considerably larger.

Another benefit of living here is that it is a peaceful place to live. When you buy a home in West Vancouver, you're getting a spacious home in a tranquil, verdant setting with unparalleled scenery right outside your doorstep and easy access to everything you need, from shopping to luxury amenities and a great culinary scene.

The other benefit is that even though you're spending millions on a home, the cost won't depreciate, and you're almost guaranteed to make a profit if you ever decide to sell your home. 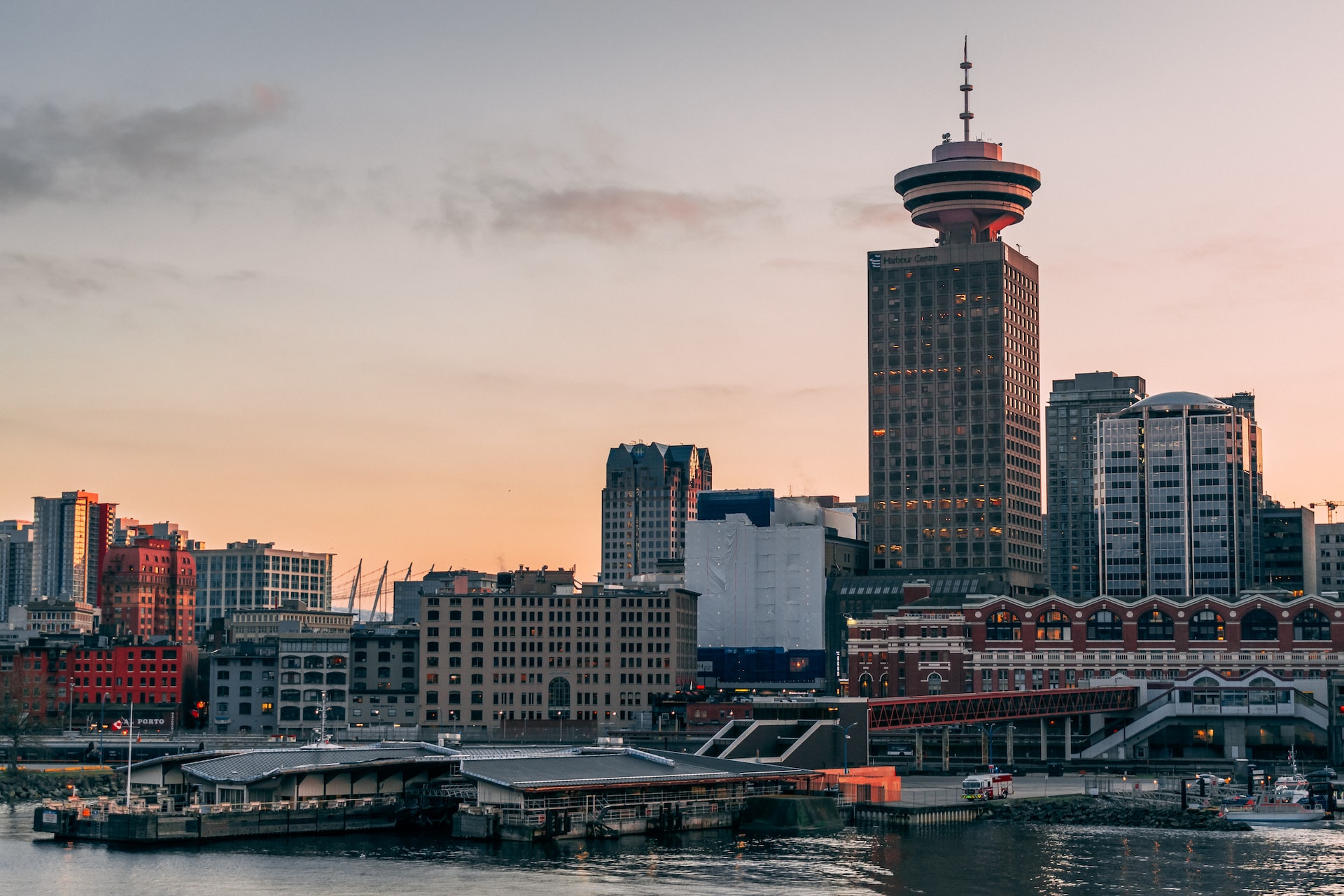 From spacious, 20+ car garages to heated pools and home theatres, the amenities in West Vancouver homes are unmatched. Many of the houses are designed by renowned architects. These masterpiece homes might be built on the waterfront or shoreline, allowing homeowners to drink in panoramic views each day with floor-to-window glass walls overlooking the water or nearby forests.

Since West Vancouver is famous for its natural beauty, it's not surprising that most luxury amenities revolve around integrating architecture and homes into the wilderness. These houses generally have open layouts and utilize natural light to create open, airy spaces within these spacious lots. If you're going to spend millions on an elaborate mansion, you'll probably want a house that takes advantage of the incredible natural surroundings.

There is a good reason that West Vancouver is considered the center of innovative residential design, and it began in 1945 with the local landscape and climate influencing the way properties were constructed. The natural setting presented unique challenges to overcome and featured features you won't find on homes in other districts.

Local designers include a group of leading-edge designers who reshaped the residential architecture in British Columbia. Among the small group of the area's most innovative architects and designers include Charles Edward (Ned) Pratt, Ron Thom, and Arthur Erickson. Erickson is known for Vancouver landmarks like Simon Fraser University's Burnaby Mountain campus and the Museum of Anthropology at UBC. 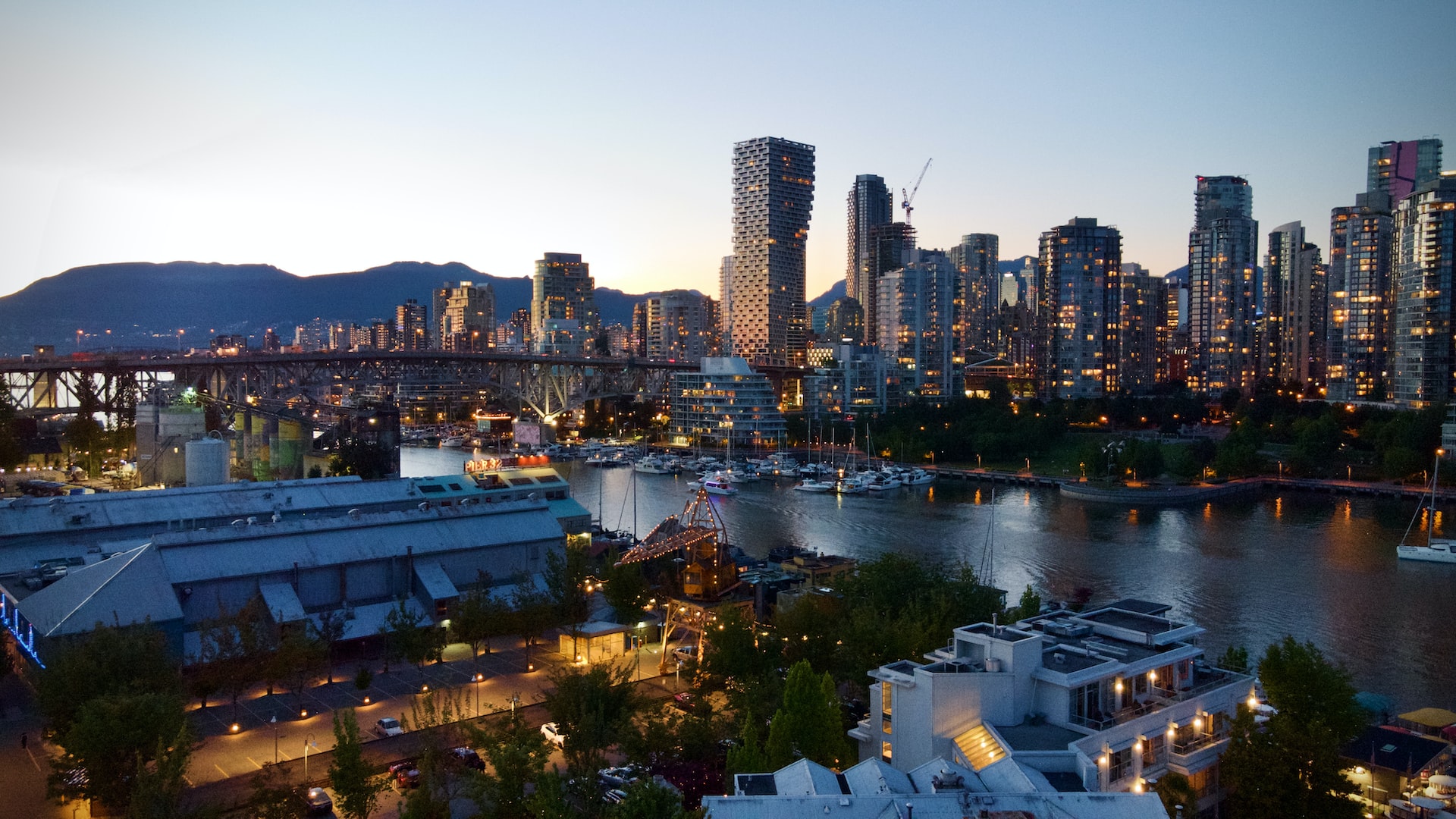 As previously mentioned, the West Coast Style (also known as West Coast Modernism) originated in West Vancouver between 1945 and 1975. Contractors and builders in those days had to get creative when working on building sites due to challenges presented by West Vancouver's natural features, such as the rocky and irregular foundation. This design was recognized as a frontier in modernist architecture by the Royal Architectural Institute of Canada in 1947.

Some of the pioneers of the modern movement include Arthur Erickson, Ned Pratt, B.C. Binning, and Fred Hollingsworth. Erickson named his group "The Vancouver School," and they were heavily inspired by the open space plans of Japanese architecture and Frank Lloyd Wright's work.

The distinct style would often combine large windows with the building orientation to get a great look at the surroundings, while the exterior treatment would include clear-finished wood and large glass walls to create that blur between the inside and the outside. Minimal interior partitions further added to that sense of uniformity and integrating key features of the house.

Sunshine was also heavily factored into the construction with extensive glazing or adding structural wood members to the glass windows.

On the plus side, these sites offered fantastic views overlooking the ocean and native forests, but a drawback is how the ground was often elevated or bumpy, limiting the use of traditional building methods.

By rejecting traditional styles, builders introduced complex geometric forms and open-play designs to combine rooms and create distinct types befitting the area's natural features. Natural light became a common element with glass used for skylights and windows. As an advantage, West Vancouver architects and designers were not limited by the climate since the area boasts a temperate feature.

Over the years, West Vancouver has remained dedicated to preserving the modern heritage by utilizing this distinctive style. New houses don't always feature this architecture, so the older homes have heritage value.

The themes of architecture often embrace the natural beauty, responding to it and adapting it into the house. These homes also pay homage to the local history, utilizing natural regional materials like wood-stud, stone, plywood, and wood (like Douglas fir). Most homes also combine interior and exterior features, such as glass roofing, canopies, and landscaped terraces.

Amir Miri has sold some of the most elegant luxury homes in West Vancouver. These listings are just a glimpse into his impressive catalog.

This $12.8 million grand luxury home sits on more than 14,000 sq. feet and is located in the ultra-exclusive Chartwell neighborhood. It boasts spectacular unobstructed views of the water and city harbor.

Constructed with a bold European Classic exterior and a one-of-a-kind interior built by the leaders in luxury construction, Bata Developments, this magnificent home features a large family room, home theatre, smart home automation, gourmet kitchen and is situated near a peaceful park.

1545 Camelot Road is a single-family home with six beds and eight baths sitting on 12,508 sq. ft. that sold for $9.6 million. This house has an unbelievable view of the ocean and a private gated entrance.

Inside, the house has a contemporary estate with an open concept that blends the interior and exterior. Amenities include innovative technology, Italian cabinetry, chef's kitchen, floor-to-ceiling windows overlooking the ocean, and an infinity-edge pool.

This house on Chippendale Road is a five-bedroom, seven-bathroom abode sprawling across 6,045 sq. ft. with unparalleled panoramic views. Originally built in 1989, the house was redesigned and fully renovated in 2016 and is a custom residence that offers the pinnacle of luxury living. When you walk inside this dream home, you'll appreciate the heated driveway, private backyard, and the manicured landscaping. Amir sold this property for $8.9 million.

The house on Bramwell Road was sold for $6.9 million. It's a single-family residential detached house with two stories, five bedrooms, and seven bathrooms. Constructed with quality materials and meticulous craftsmanship, this spacious open-concept home features high-end appliances, radiant heat, a huge recreation room, a theatre room, a three-car garage, and much more.

Amir sold 985 Eyremount Drive for $6.9 million. It's a fantastic custom-built home on the famous and prestigious Eyremount Drive with panoramic ocean views of Stanley Park, Lions Gate Bridge, and downtown. It offers a sprawling backyard with an open-concept floor plan and top-of-the-line materials and artistry. The house also has six bedrooms, nine bathrooms, four ensuite bedrooms upstairs, and a separate guest room near the garage. 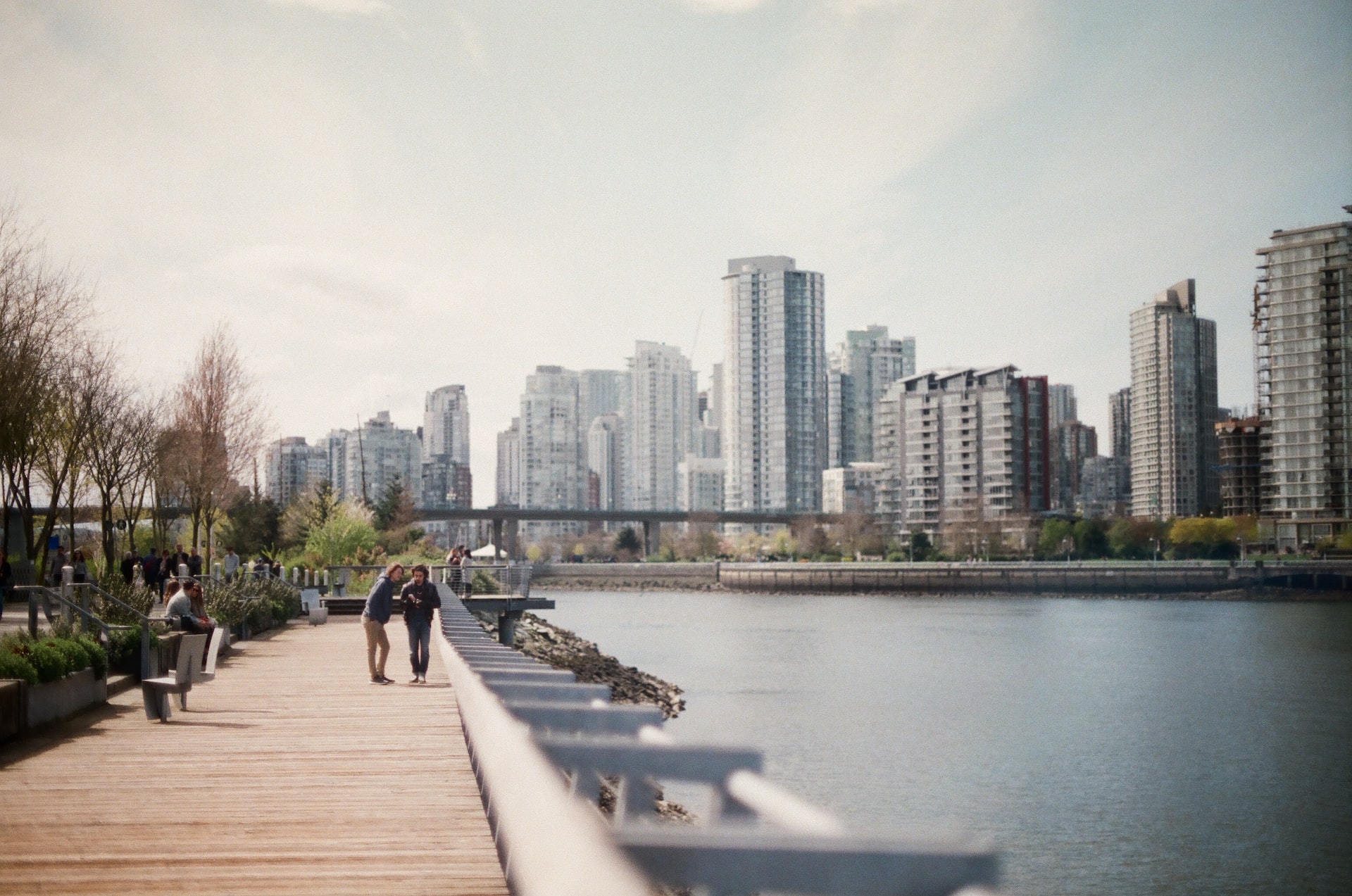 We're a top-rated team, with a wealth of knowledge in the area. Fill out your information below and one of our team members will get back to you.